Note: This post is themed around chapter 3 of How Will You Measure Your Life, but it also contains information from other chapters, along with my own opinions. Any errors are probably mine.

What do all of these decisions have in common?

In each case, you have to choose between what’s in front of you and what might come along later. How do you make such decisions?

Your plan going in is your deliberate strategy. You’ve drawn your initial cards, you’ve looked them over, you’ve deliberated, and you have a plan. It’s a good plan and you feel good about it. Everything is going to go great.

Then you draw a new card, and everything changes. A possible new emergent strategy blossoms into being. This new strategy has the potential to be so much better – but for it to work, you’re going to need to abandon your current strategy, and you’ll need to draw one particular card later. Should you go for it? 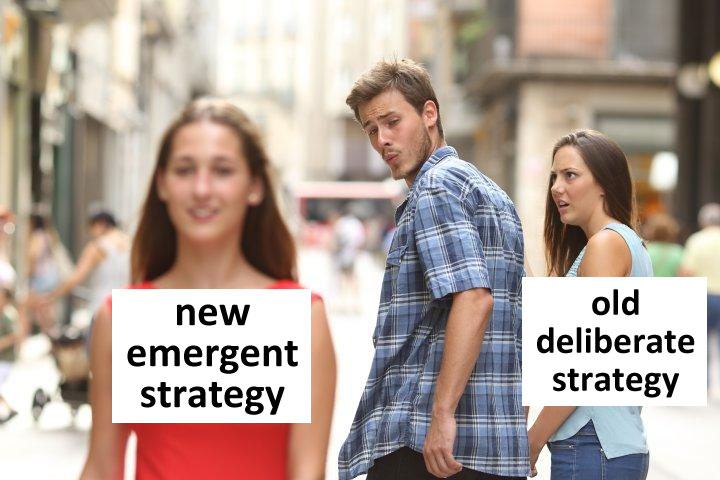 The first thing is to know what’s out there. As a general rule, the very first option to come along is not going to be the best one. The people who say otherwise are usually dishonest salesmen. If you’re just starting out, you probably don’t really know what you’re looking for yet; the way to fix that is to make small bets. Draw lots of cards, try lots of things, and don’t spend too much. In a romantic context, this means going on dates with a variety of people; in the context of housing, this means renting a few places before you build your dream home.

If you don’t have a deliberate strategy for your career path yet, one of the best ways to get one is by running lots of small experiments. Try lots of options; make small bets and see what pays off. Christensen says:

It’s rarely a case of sitting in an ivory tower and thinking through a problem until the answer pops into your head. Strategy almost always emerges from a combination of deliberate and unanticipated opportunities. 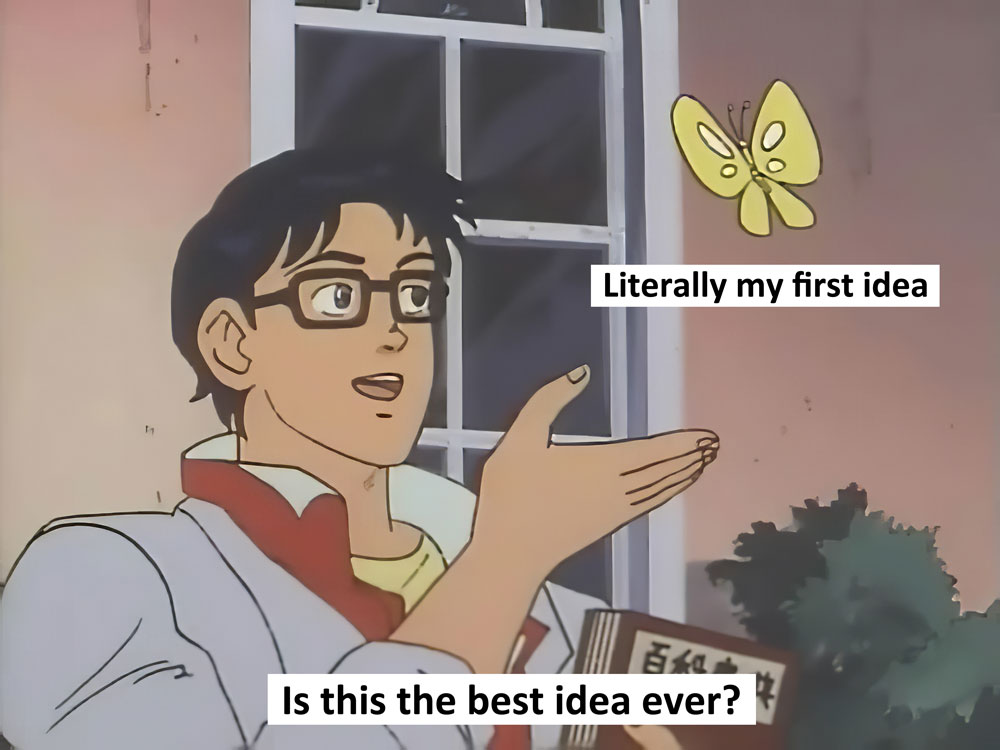 The second thing is to make your deliberate strategy as good as you can. The author recommends a process he calls discovery-driven planning: you make a list of the assumptions that would need to prove true for the strategy to be a success. Order them with the most vital and least certain assumptions at the top. Then start testing the assumptions’ validity.

Christensen shares the story of a student who had her first job at a venture capital firm. She really wanted to work in developing nations; the firm told her they were planning to expand there, but after she was hired, the plans fell through and she was disappointed. Before committing, it would have been smart for her to look at the characteristics of other companies that successfully entered the developing world; such firms typically have capital tied to investment there, partners dedicated to the practice, and investors who’re bought in because they want to work in the developing world.

Third, be careful not to overestimate how far into the future you can reasonably plan. Over the past couple of years, the entire world has had a lesson in how quickly things can change; take that to heart. My good friend Malcolm likes to say that people try to play the world like it’s chess when it’s actually more like Tetris. You never know what’s coming up. Have contingency plans.

As Blockbuster Video observed the rise of Netflix, they investigated whether they should launch their own video-by-mail business. They decided not to. At the time, their stores were perfectly profitable, and renting videos by mail would only lower traffic to those stores.

Blockbuster saw a choice between starting a video-by-mail venture or continuing with business as usual. They chose the latter. That wasn’t their mistake. Their mistake was in how they framed the choice in front of them. The choice they were actually facing was to change or die. By the time they realized that, it was too late.

There’s a lot of change blowing around these days. Stay nimble.

Fourth, there’s no point in dithering about strategies you don’t have the resources to execute. A corollary to this rule is that you should try to maintain enough resources that you can afford to pivot to a new strategy when it becomes necessary. Here’s a quote from chapter 5:

Fifth: Everything you do gives you experience doing that thing. Programming, talking to people, doing the right thing under pressure – each of these is a skill that you get better at with practice. So when you’re deciding which opportunities to pursue, pick the ones that will give you the type of experience you need for your later goals.1

Some of the time you will fail. That’s how you know you’re doing it right. If you never fail, it’s a sign that what you’re working on is too easy for you. Learning what to do with failure is an essential skill that you want to develop while the stakes are still low.

Imagine what kind of person you want to be someday. Then practice the skills that person needs to have. Put yourself in situations that will give you that practice. This is how you shape yourself as a person over the long term.

Finally: don’t forget about your values. What do you believe in? Wisdom and good judgment can show you the safe path, the easy path – but that’s not always the right path. A/B tests are a great way to tell you which product design is more popular; follow them far enough and you’ll end up with an unobjectionable design that everyone is okay with and nobody loves. What hill are you willing to die on?

I enjoy your posts, James. There is a lot of wisdom in this one. I think it’s worth adding a couple of codicils to these five points.

1a: In choosing best options, where matters of the heart are concerned, it’s certainly true that the first person you fall for may not be your best choice soul-mate for life. Dating widely but holding your heart in reserve as you do it is better than sleeping around widely, falling desperately in love with many people and then finally marrying someone. When it comes to deep bonding, there’s much to be said for keeping some of life’s “firsts” for the person you spend the rest of your life with. People who have no unique intimacies, unique experiences, no unshared with anyone else secrets, are not in the same class as people who have saved those gifts for one other person. My experience has been that (generally) guys have a harder time grasping that as intuitively as gals do.

4a: The beauty of original strategies is that they get you into the game. If you’re smart enough to stay nimble, once you’re in the game, as you see circumstances (or at least your perspective of the landscape) changing, you surge away from whatever’s working less and toward whatever will work better. It’s not that the original strategy was necessary a failure, it’s just that they are designed for a context but must shift as the context changes.
4b: That said, there’s such a thing as loyalty to include in all the calculating. Sometimes, the person we marry gets gravely ill. Do we jettison them? What happens when our cute bride declines (looks-wise) from the original packaging? On to the next cutie? Maybe if we’re a schmuck, but not if we’re all in and for life. What if the guy we follow into business finds himself on the ropes? Do we think only of self or do we stand beside him to the bitter end? Sometimes, the best life lived includes a good death. If success is no longer all about me but rather all about us, then I’ve grown from individual to community member. I’m no longer an only child, I’m a family member. I’m no longer a contract laborer, I’m a company man. The trick is for you to figure out (by virtue) who is worth your loyalty and then show them by sacrifice that your loyalty has surpassing value.

That’s what I liked best about your post–that you end underscoring your values. Strategies to win are okay, but values transcend expedience. It’s a good place to build a life on and a good hill to die on.

@Bill Thanks for commenting! It’s definitely true that doing the right thing is at least as important as doing the smart thing. More on that in future posts!

The best antidote to fear is having a plan. Let’s make a plan for what would happen to your files if your house burned down.